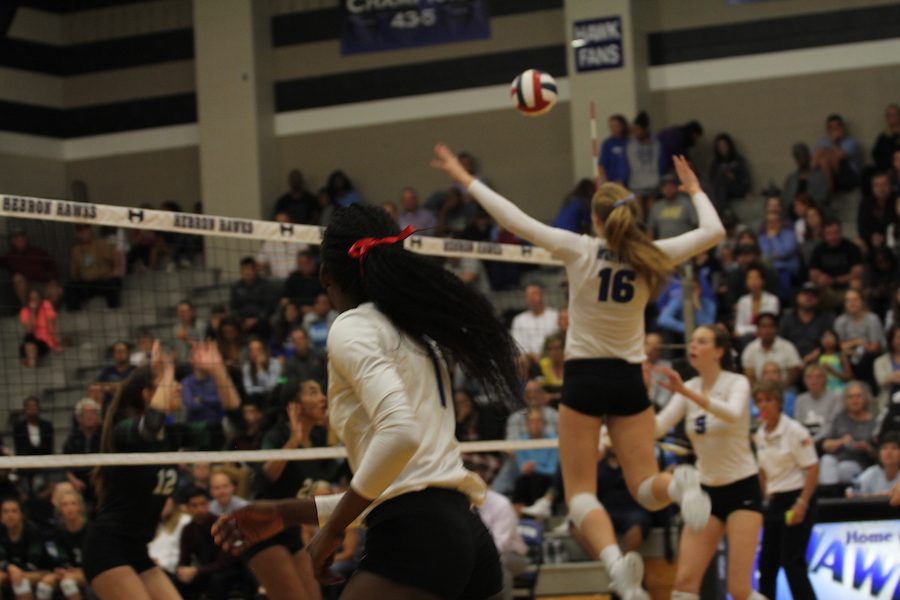 Junior middle hitter Emma Clothier prepares to hit the ball. She received the point with a kill.

The volleyball team will play against Weatherford on Nov. 10, at 8 p.m. at Tiger Arena in Glen Rose.

The team beat Plano West in three sets on Nov. 7, winning each set by at least nine points. Head coach Karin Keeney remains hopeful for the upcoming tournament and state. If the Lady Hawks win, they will play the winner of Byron Nelson and Arlington Martin on Saturday.

“We have to win two [games] to get out of regional tournament,” Keeney said. “It’s going to be two very tough teams, so we will have to see [how everything turns out]. If we win those two, we will be headed to the state tournament, which is why we want to do well at the regional tournament.”