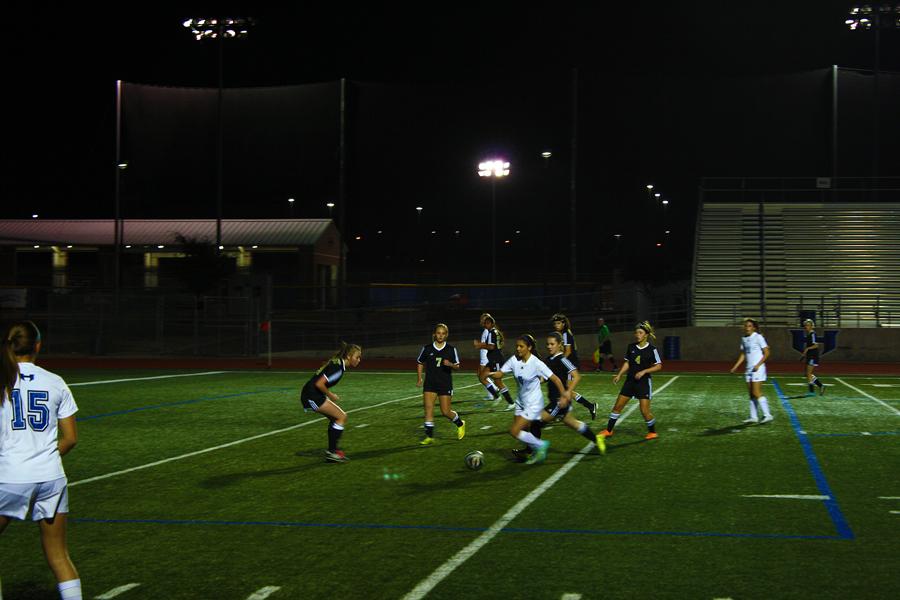 [vc_row][vc_column width=”1/1″][vc_column_text]Girls’ soccer battled for a last minute victory against Plano East last night. The game was drawn out and uneventful until there was five minutes left in the game. Junior Stefani Doyle and sophomore Brittany Weatherford worked hard on offense, keeping the ball primarily in the offensive half of the field. Junior Cailee Dennis had a goal with late in the second half with the assist from sophomore Gabby Ducca. With little time left on the clock, the crowd went wild. East’s head coach was furious on the sideline, trying to rally her girls for one final stand. Hebron’s celebrating went on as several attempts by East were stopped at midfield.

Not too long after Hebron’s score, Logan Layn took a game-stopping blow to the head, halting East’s attempt to tie the game. Teammates rushed around her only to find a sickening gash above her right eye that required twelve stitches. Layn’s efforts weren’t wasted, and the girls won the game 1-0. Soon after the game, friends and teammates paid their respects on Twitter in hopes that she would have a speedy recovery.