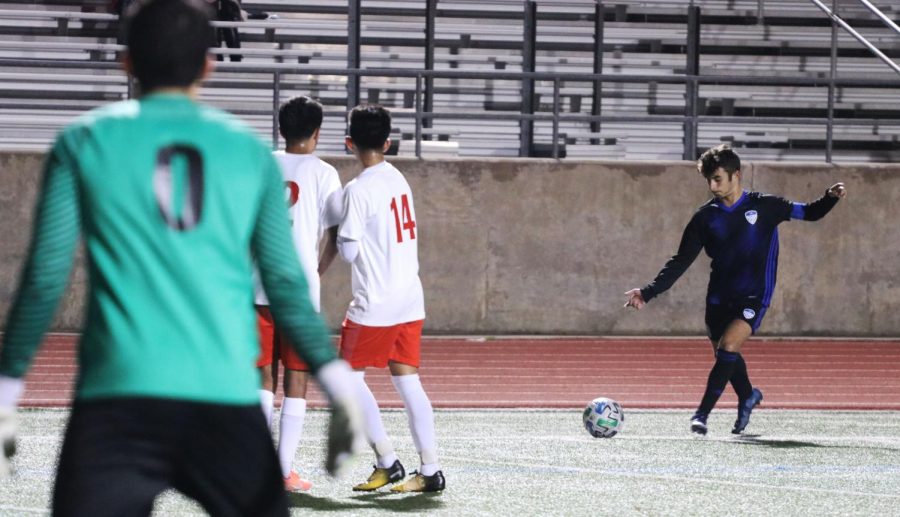 Senior Mason Booe lines up a free kick. Booe was injured earlier in the season with a sprained meniscus, but was still a leader on the sidelines throughout the season.

Boys soccer played Irving MacArthur on 3/6. The Hawks had two goals called back and an ejection, and ended up losing 2-1. This was the Hawk’s Senior night, which was  their last home game of the season.

“Being a senior, it was such a cool experience to have a night dedicated to me and my senior teammates who have put in so much work with me for four years,” senior Bryce Layn said. “It wasn’t the outcome we wanted, but we still have a game left that we need and can win.”