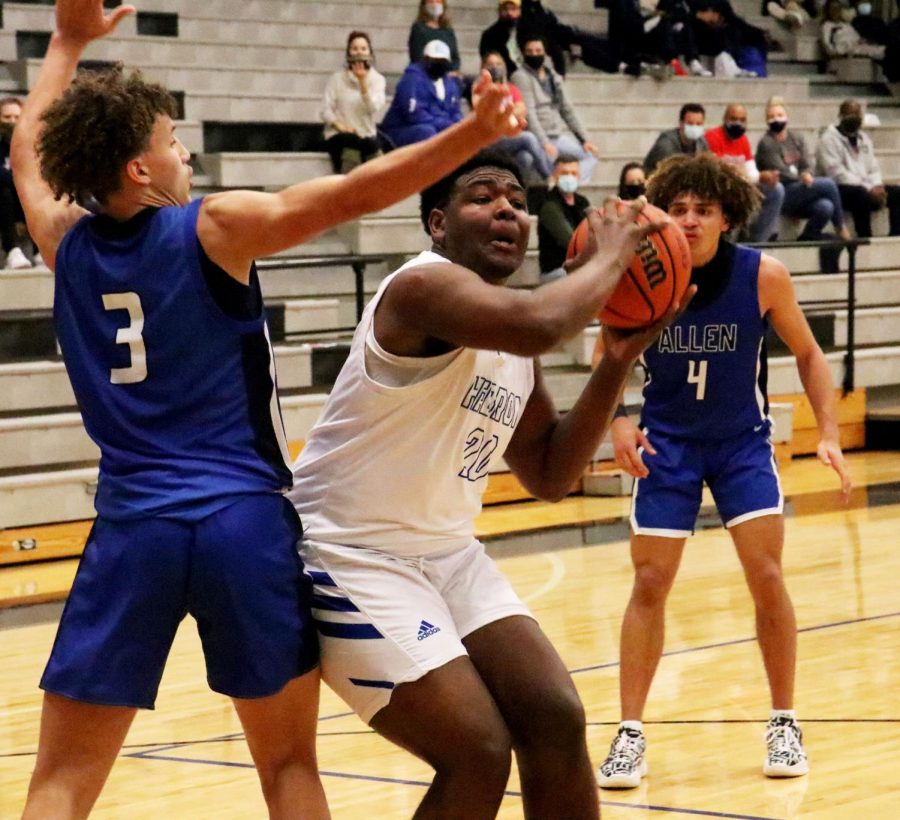 Junior Noah Mckinney plays strong basketball in the paint, moving defenders out of his way. Mckinney had five rebounds, asserting his dominance as a center.

The boys basketball team played Allen at home on Dec. 11. The Hawks tried to overcome a six point deficit at the half, to no avail, and lost 61-64.

The Hawks next game is on Tuesday against Plano Vines.