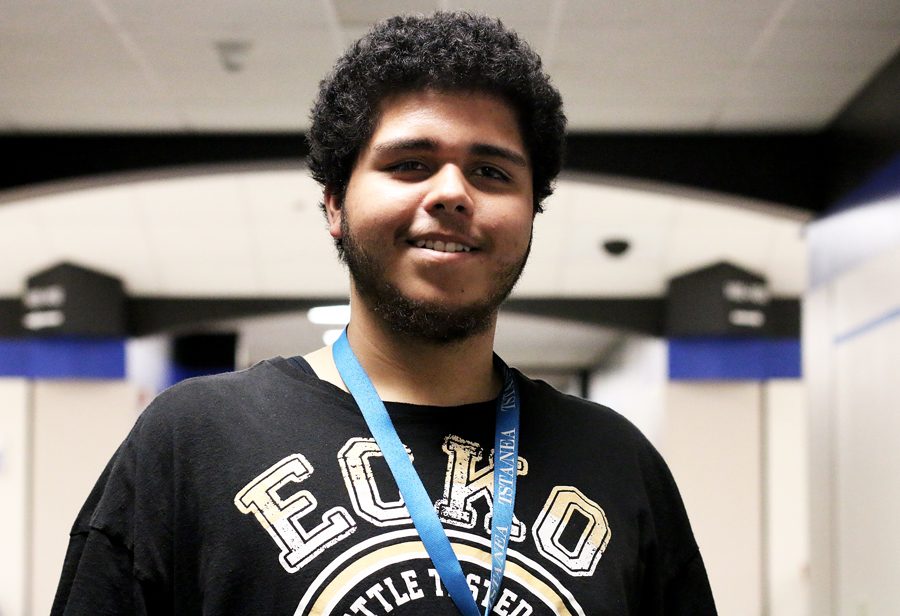 In his hometown of Luquillo, Puerto Rico, junior Luis Astacio was almost always at the beach: whether on the weekend with his family competing to make the best sand castles, or during the school week for lunch.

However, in 2015, Astacio had to say goodbye to his beach lifestyle when his father found a job opportunity in Texas.

“In Puerto Rico, my mom and dad had to work a lot,” Astacio said. “Somebody from here offered my dad a job and they were offering bigger stuff than what we had. My dad moved here first [and] we stayed [in] Puerto Rico and waited until my dad had an apartment, and when he [did], we got tickets so the rest of my family [could move] here later.”

Other than economic opportunities, Astacio’s parents’ decision behind moving was also influenced by their concern with the growing robberies and overall crime rate in Puerto Rico. Astacio said his aunt was robbed multiple times.

“Everything in Puerto Rico was getting expensive, so people started robbing more and my mom and dad started getting worried,” Astacio said. “One time we walked in a gas station and [left] to eat, and while we were going back to the house, that same gas station was on fire.”

Luis said one of the bigger changes from moving to Texas he experienced was with his life at school.

“I [thought] the schools would be the same as Puerto Rico,” Astacio said. “In Puerto Rico, schools were open in the middle of the school. Instead of more classrooms, it’s more of a park [and] there’s more trees. Almost the entire school knew me, so when I had problems, I usually just went to one of my friends and they shared their notes with me and helped me and I [am not able to] do that here anymore.”

While Luis said he has never felt unwelcomed, he has seen his mom being treated unfairly when he would visit her at work.

“She’s working in Walmart and people there hate her,” Astacio said. “She is actually a hard worker, she always gives her 100 percent and from what I’ve seen, people kind of hate her because she is better than them. Other people don’t like her because she doesn’t speak English perfectly. Sometimes, when they walk past her, she says ‘hi’ and they just keep walking.”

Since he has moved to Texas, Luis hasn’t been able to go back to visit the rest of his family in Puerto Rico; however, he said he has been able to communicate with them by phone and he will cherish his memories with them.

“[I have] precious memories [like] going to the beaches with them, playing in the sand and water,” Astacio said. “My dad and mom say that someday we’ll visit.”