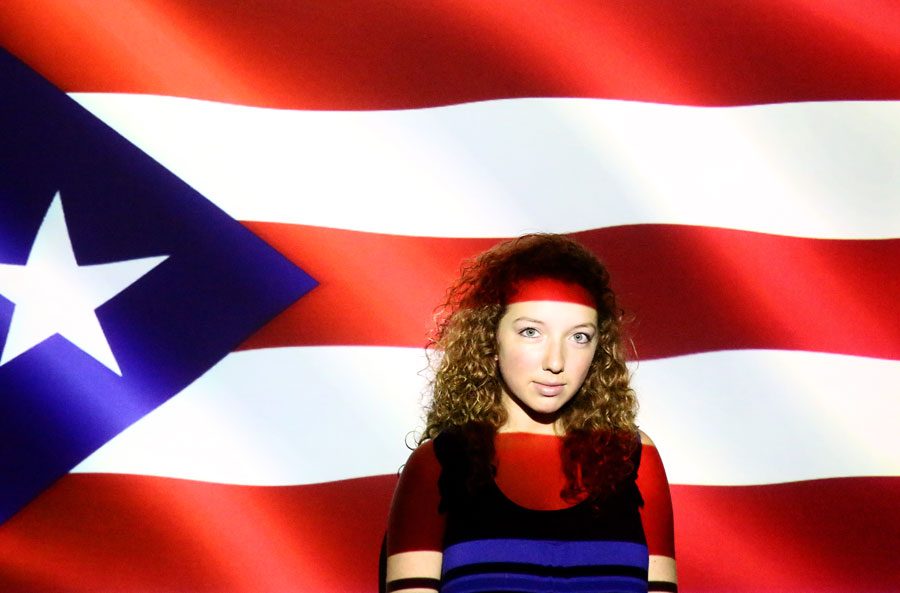 When the Category 4 storm hit Puerto Rico, fear conquered senior Kierstin Hanifan’s mind. With family on the island, she still has no way of knowing how they are due to the lack of electricity caused by the hurricane.

“[My family] was one of the first people to be hit,” Kierstin said. “Puerto Rico [is] an island, and I knew that it would be harder for them to evacuate because of that. Just knowing that they were helpless in that sense really scared me and my family.”

Kierstin has family living in Villalba, Manati and Vega Alta. In Villalba, Kierstin’s family lives on a mountain, and she has still not heard from them.

“We’re still waiting and hoping that they are safe,” Kierstin said. “The streets there are so narrow and dangerous that you could fall hundreds of feet down [from the mountain]. No one could get to my family that was living on the mountain; no one has been able to help the people there and that’s where I have cousins.”

A cousin of Kierstin’s mother, Lidia Gonzalez Linn, also had concerns towards Puerto Rico and the natural disaster that devastated it.

“I was scared and I was worried,” Linn said. “My first instinct was to call my dad. I stayed up as late as I could and watched the news. I became very emotional when I saw videos of San Juan and all I could think of was my family in Vega Alta.”

Linn’s thoughts of her family did not cease, knowing the hurricane was hovering over the island.

“I could not help [but]  think of what was happening,” Linn said. “What about my cousins up in Villalba, up in the mountains? Then when it was over, I cried. I was heartbroken. I felt helpless and the worry began.”

Kierstin and her family have asked people in Arecibo, a town neighboring Manati, for updates on their family.

“We were finding out via Facebook posts that they are alive on the north side,” Kierstin said. “But it is really tough for them.”

Kierstin’s mother, Christina Gonzalez Hanifan, was also devastated by the news of Hurricane Maria heading toward a place she has so many memories of.

Kierstin is helping out with donations and drives for Puerto Rico, and doing as much as she can from here.

“At my church, we’re gathering diapers, non-perishable food items, and things that they really need so they can survive right now,” Kierstin said. “We are donating necessities, and doing the best we can at the moment.”

Although Kierstin has never been to Puerto Rico, she hopes to go there this summer and help make a difference.

“As soon as I get the opportunity, [I am going to Puerto Rico],” Kierstin said. “They will still obviously be in the rebuilding process and I’m hoping to be a part of that. It’s going to be totally different. The monuments I’ve wanted to see may be torn down. But Puerto Rico is not broken, just closed for remodeling, and it is still the place my family calls home.”