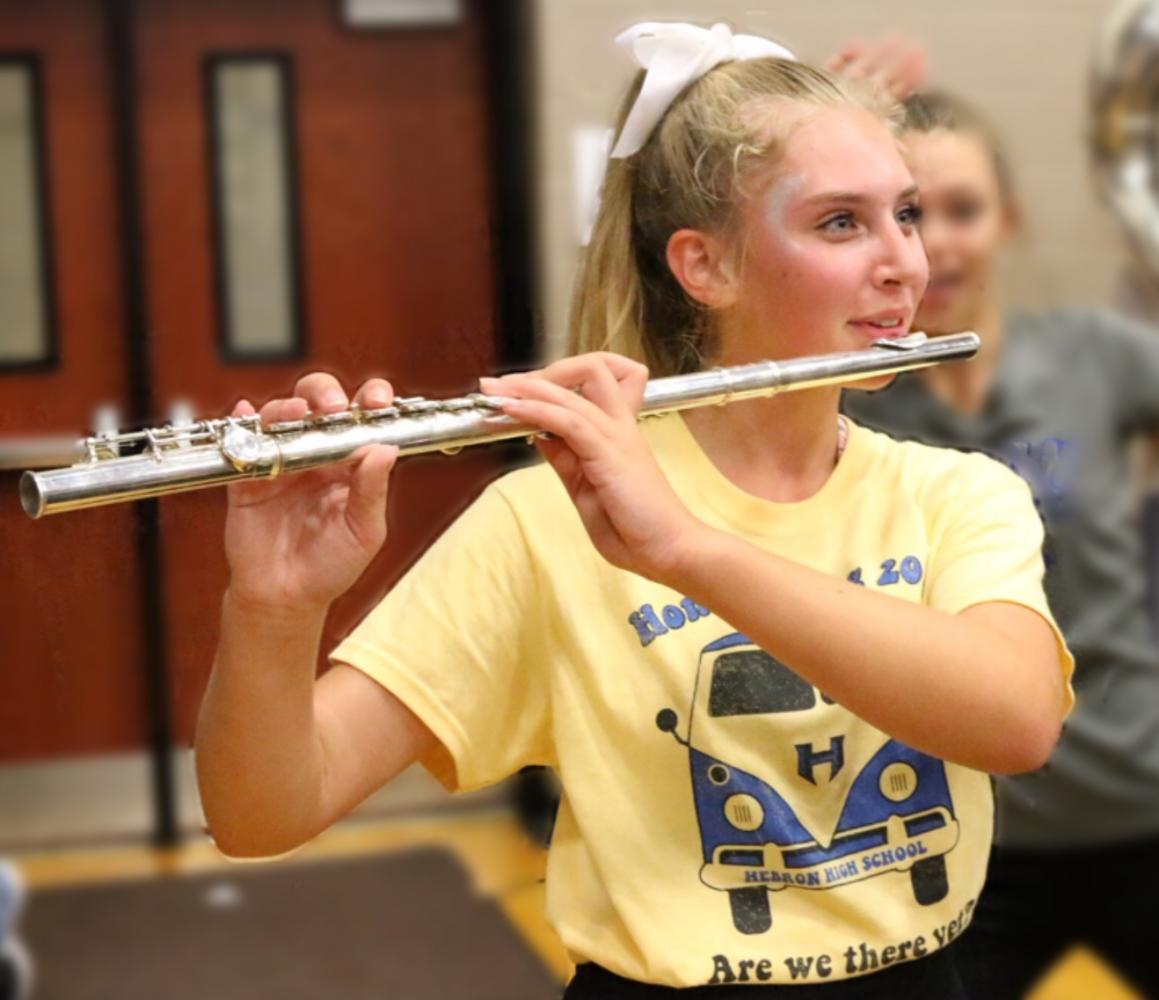 Freshman Jacquelyn Burrer plays the flute at the Homecoming pep rally. During pep rallies, Burrer has to switch from her cheer routine to her position in band. (Photo Illustration by Alyssa Abraham)

Freshman Jacquelyn Burrer plays the flute at the Homecoming pep rally. During pep rallies, Burrer has to switch from her cheer routine to her position in band.

Freshman Jacquelyn Burrer hears her coach’s voice echo through her mind as she finishes her last backflip. Then, she runs to the shiny silver instrument she calls her best friend.

Burrer has a lot on her plate trying to balance both band and cheer. Her sister, Laurel, influenced her to choose the flute to play in band. Burrer had been a gymnast since the age of 6 and loved doing back flips and cartwheels. Due to a wrist injury, Burrer had been pulled out of gymnastics, missing her chance to shine at an international gymnastics competition. Despite the amount of stress and her broken wrist, nothing stopped her from trying out for cheer in eighth grade.

“There are certain parts to both [band and cheer] that I love,” Burrer said. “Band is a family. If you are in band, you have to put the work in. Cheer is fun because it’s like a bond. The bond you get with your teammates—that’s unbreakable. I don’t know which one I’d pick over the other.”

Due to the overlapping schedule of band and cheer along with her classes, Burrer says she barely has time for herself or her family.

“[I have had to sacrifice] my free time,” Burrer said. “I don’t get to go out after school with friends or get dinner, because I have band until 7 to 7:30 p.m., and then I have to go home and do my four hours of AP human geography and try to get as much sleep as possible.”

Burrer’s best friend, sophomore Abigail Rieger says Burrer manages to light up the room with her personality, regardless of the amount of stress and pressure she goes through daily.

“Jacquelyn is a good cross between sweet and sassy, as well as hardworking and bubbly,” Rieger said. “Even when her face has been stepped on during cheer practice and she’s crazy busy with academics, band, and cheer, she’s still able to come to practice with a grin on her face.”

“Both band and cheer are very important to Jacquelyn,” Baxter said. “She does a great job of maintaining communication between me and Mr. Sealy, the band director. She lets us know in advance what her schedule is going to be so both of us can plan accordingly for her absences.”

As of right now, Burrer does not have a solid plan for college, but she plans on pursuing cheer and band all four years of high school. 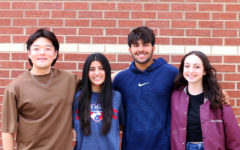