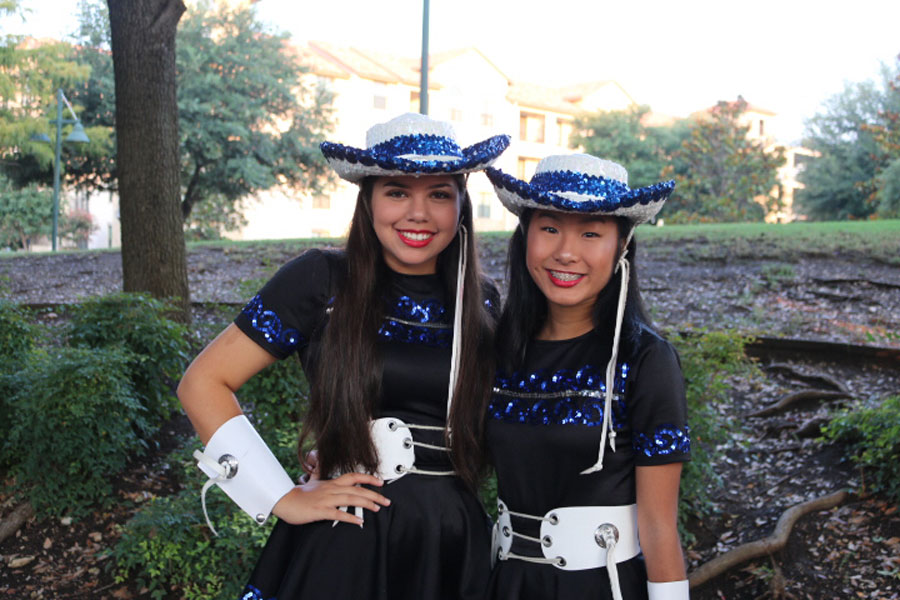 Steps to a better life

Sophomore Emily Alfaro said she was excited for her freshman year to start. She had secured herself a spot on the Silverwings and was eager to learn her way around a new campus. Little did she know, her plans for the next few years were about to change forever.

In August 2016, Emily’s father, Caesar Alfaro, noticed an unusual pain in his left foot. He didn’t think much of it at first, but as the pains persisted, he thought it was best to visit a doctor. Soon, he was diagnosed with a Staph infection.

“I was terrified and completely heartbroken,” Emily said. “I didn’t know how I was going to be able to focus on anything else. I couldn’t even imagine what was going through my dad’s mind.”

Having had a close relationship with her dad, the news struck Emily in a way nothing had before. Her parents did not want to tell her and disrupt her newfound happiness in starting school again, but the infection was getting worse. Right before school started, her father had to have his foot amputated in order to stop the spread of the infection.

“I wish I would’ve known sooner,” Emily said. “I could’ve had a little more time to process the news before school started. It kind [of] felt like I was hit with everything at once.”

Emily’s mind was originally focused on the upcoming school year: new classes, making friends, and Silverwings. She wanted to be ready for high school, but she said she was not ready for the extra stress her father’s surgeries would bring.

“The whole family was affected by the news,”  Emily’s mother, Drianne Alfaro, said. “Both Emily and her 24-year-old brother, Josh, were shocked and struggled with figuring out how to cope. We don’t have a history of injuries in our family. This was all very foreign to us.”

Throughout the next few months, doctors discovered the infection had spread up Caesar’s leg. The only thing they could do at that point was to amputate yet another section of his leg –up to his knee this time.

“Never did I think I’d be in a situation like this,” Caesar said. “You never realize how important some things are to your daily routine until they’re gone. Getting out of bed is a struggle, eating is a struggling, even just getting into a car.”

Emily’s social life and free time both skidded to a halt. Silverwings practices were harder to make, and she no longer felt the need to hang out with friends knowing that her dad was in the hospital. The family’s plan to move into an apartment was suddenly put on hold, as their rooms were on the third floor and her dad couldn’t help move furniture up the stairs.

“Everything became much harder,” Emily said. “My dad couldn’t come to my Silverwings performances, we had to delay moving, and I missed practices so I could stay in the hospital with him.”

With the pricey hospital bills and no one to assist in moving couches and sofas up three flights of stairs, Emily’s family was forced to move into her grandparents’ house until her dad got a prosthetic.

“Even though things are harder, we’re still going to accomplish everything we would’ve if nothing had gone wrong,” Drianne said. “We’re still going to move into an apartment and life will go on, just a little differently than we had planned.”

Even though the past year has been a tornado of emotions and stress, Emily and her family look forward to what the future has in store for them. Currently, they are awaiting his recovery in their grandparents’ home.

“It’s been a hectic year for my family,” Emily said. “Even though it’s been hard, we never give up hope. That’s something all of us have, and something I don’t see us ever lacking.”