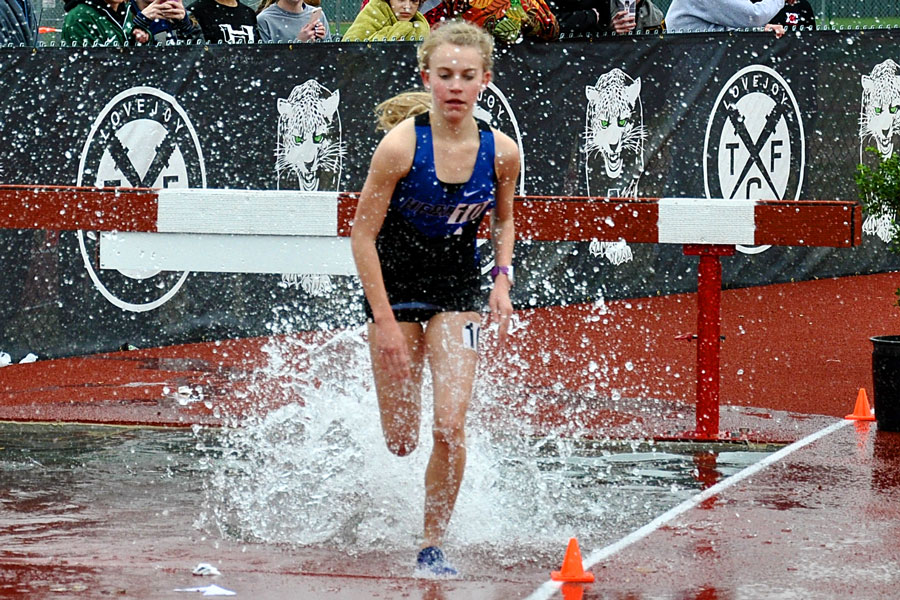 Age is just a number

Senior reflects on time in track and cross country

Senior Abby Riordan was only 12-years-old when she came to Hebron, skipping Kindergarten and fifth grade. She was used to being younger than her peers and was not worried about letting that define who she was at school. But once she joined the track team, running defined the rest of her high school career.

Four years later, Riordan has followed through with her passion for track and cross country and has earned a scholarship to run for Northern Arizona University. With the track team placing second at state in November, Riordan said she feels grateful for her time with the team.

“It has meant a lot to me just having a bunch of girls [on the team] I can relate to and go through the same experiences as me,” Riordan said. “Going into college, I’m really going to miss the hometown aspect because everyone knows everyone, but it’s different and [there are going to be] new people.”

Riordan has faced setbacks, like having to deal with three coaches over her four-year career, which she said she found difficult to balance.

“I think, since freshman year, I’ve developed and learned a lot as a runner,” Riordan said. “I’ve had three coaches through high school, so I think that’s been a different experience than what the average athlete goes through. Adjusting to that has been difficult, but also it made me a better runner.”

Watching Abby run her freshman year, it was obvious that she was designed to be an athlete…”

While her track and cross country pursuit is what she is best known for, she only pursued them because her coach, Jason Grennier, at the time wanted her to. She was planning on playing soccer all four years, but her running career took off and she quit soccer.

“I just think it’s impressive, what someone like her is able to do when she really sets her mind,” track and cross country coach Chris Chapeau said. “I think she sets her goals and standards high, and she does what it takes to achieve at that level.”

This is Capeau’s first year working with Riordan, and he said that her willingness to put the team in front of herself is an impressive trait to have, especially when people are taught to care about themselves first.

“I talk a lot about chasing greatness and she’s constantly doing that; so there’s not much to improve,” Capeau said. “The continuation of doing that and keeping those habits nice and sharp [keeps her] pushing herself to be the best at what she’s doing regardless if it’s in the classroom, life or as a friend.”

Along with NAU, other universities such as University of Texas, Texas A&M, Texas Tech, OU and Boise State have had an interest in Riordan.

“Watching Abby run her freshman year, it was obvious that she was designed to be an athlete,” senior Madi Turner said. “She is such a strong person and competitor. Over the four years, she has gained more confidence in herself as a runner and person.”

“When she was a freshman, she was so much smaller than all the other girls she was competing against, but that never held her back,” Turner said. “She has always possessed an attitude of commitment and passion for running that is inspiring for the younger girls, and the upperclassmen as well.”