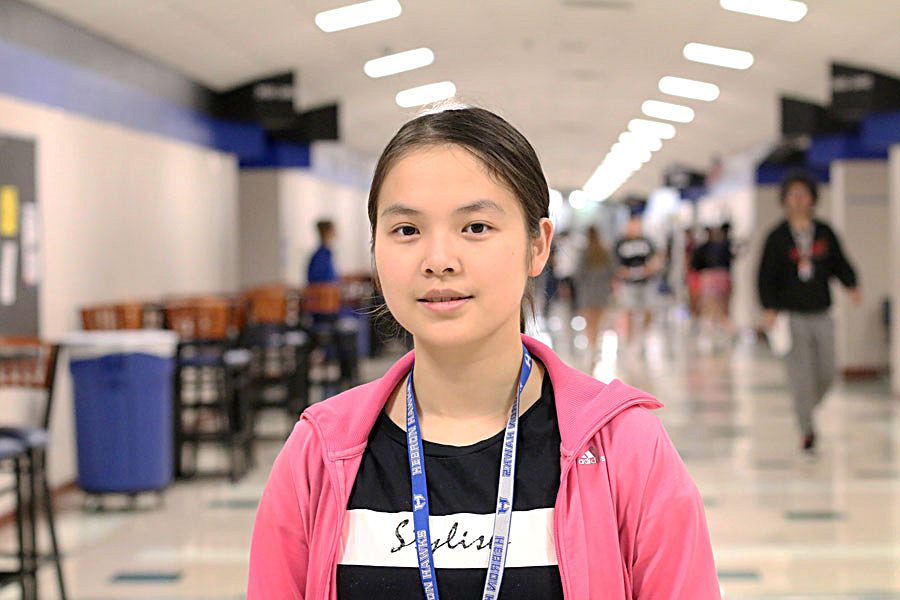 Stepping out of the terminal from her 13-hour flight, the first thing sophomore Jingyi Dai noticed was the air. Having landed in America, Dai was a long way from her home back in Hangzhou, China, where the air was heavily contaminated with pollutants.

Dai migrated to the United States about two years ago because of her family’s belief in the American education system. However, her parents did not join her, and instead, Dai has been living with her aunt and uncle.

“I didn’t even know I was going to [move] to America until about one year before I actually came here,” Dai said. “I was confused and I didn’t want to [come]. When I [arrived], it was actually all right. After a year of mentally preparing for the immigration, I was [ready].”

According to Dai, the education is harsher in China. In her hometown, more than 200 elementary school children are required to take a test to determine which school they will go to in the future.

Dai noticed a stark contrast in the climate and lifestyle between America and China once she immigrated. Her city life in China was different from the suburban lifestyle in America, and her hometown, Hangzhou, is near West Lake, which Dai described as beautiful.

“I live in a house with my uncle and aunt, but back then, I lived in an apartment that was not nearly as big as [my current] house,” Dai said. “Here, if you want to buy something, you need to drive for 15 minutes, but [in China], I just needed to go downstairs [to buy what I needed].”

Dai said this journey of immigration has helped build her personality and character. She has learned to be more considerate and has learned to help out in the house more.

“In China, I didn’t do housework because I didn’t know how to and I was not allowed to,” Dai said. “My mom thought I need[ed] to focus entirely on study and nothing else. Here I know that housework is [a part of] showing your responsibility in the household, so I do [chores] now.”

In addition to character growth, Dai has seen immense development in academic performance. Last year, she was recommended to join the UIL academics team under math coach Cameron Casalini.

“She has a great work ethic for what she does and she’s always striving to learn more and better herself,” Casalini said. “She showed extraordinary growth last year alone just because [of] how motivated she is and how much work she put in outside of the meetings and club. [Since last year], she seems more confident in her academic abilities and more comfortable as a student.”

However, it took time and effort for Dai to adjust to American culture and the language. Dai read many books and memes to practice her English.

“People warned me that learning English would be hard, [but] it was easier than I thought,” Dai said. “At first, [I dreaded] talking to people, but then [I realized Americans] don’t talk as fast as I expected.”

Dai said since old habits die hard, she still stresses over the smallest quiz. She is continuing her academic career by going to Texas Academy of Math and Science in the upcoming year.

“Jingyi is an awesome kid,” Casalini said. “She works really hard. She’s going to do great things when she goes to TAMS.”