From Venezuela to the runway 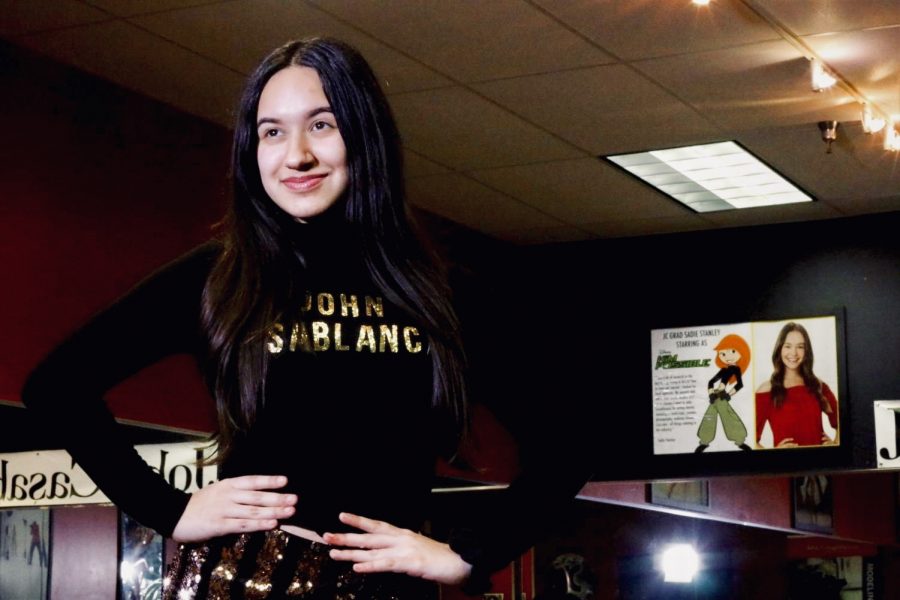 After moving from Venezuela in the fall of November 2017, senior Barbara Lamont, at 17, began her modeling career at John Casablancas. Lamont is expected to audition for a Paul Mitchell Hair Show and local promotional modeling for different companies in the future.

“Modeling and dance have always been my passion,” Lamont said. “But due to the horrible situation of my country, it wasn’t something that I could concentrate on. There are so many young people in Venezuela that have dreams that can’t be achieved. But now, there are many Venezuelans that decided to make their dreams come true, just like me.”

After she finally settled, Lamont questioned what her next step in becoming a full-time model would be. Recruiter Xavier Christmon had successfully answered her unresolved questions.

“When she first came in, I knew she didn’t have any real professional training here in America,” Christmon said. “However, she was very personable when she interviewed and had lots of confidence, eye contact, and motherly support.”

Lamont’s mother, Glenn Hernandez was always supportive of her daughter, whether it be the intolerant conditions of Venezuela, to the spotlight and scrutinizing eyes on Lamont.

“Of course I had my worries,” Hernandez said. “But I knew from the start that she was fit for modeling. She had learned so many things from living in Venezuela to moving to America and I knew that modeling was something that she wanted to pursue.”

Lamont’s director, Greg Finenco, said he has seen her blossom with more confidence in front of the camera.

“People have been impressed and they can see the confidence through her eyes,” Finenco said. “I have seen Barbara change into a young woman through these different modeling techniques that she has learned.”

Even after a hard transition, Lamont said she hopes to be a good example of hope and hard work.

“It isn’t easy to change your entire lifestyle and learn another language, but I know everything happens for a reason,” Lamont said. “I want to be the person that tells people to believe in themselves and give advice to young aspiring models.”

There are many models that I feel intimidated by, or models that will pick on my style, but I try not to focus on that. I always have to work hard to achieve what I want, despite the stereotypes and competition.”

Throughout her modeling career, Lamont has struggled with adjusting to the American lifestyle, language barriers and stereotypical commentary made toward her modeling. After entering the modeling industry, she noticed the industry itself had improved.

“I think the biggest struggle of being a model is the competition,” Lamont said. “There are many models that I feel intimidated by, or models that will pick on my style, but I try not to focus on that. I always have to work hard to achieve what I want, despite the stereotypes and competition. I try my hardest to not worry about the stereotypes made towards models, because the modeling industry itself is changing. Models tend to be tall and skinny but nowadays they are accepting transgender, plus size, and short models to the industry.”

After adapting to the modeling industry, Lamont focused on what she wanted to accomplish next in her life: inspiring young Venezuelans to achieve their goals and ambitions, just like she did.

“[One piece of] advice I would give to young women or upcoming models would be to never give up and to try new things,” Lamont said. “Keep your head high, even in the worst moments. Models, like myself, can show young women that you don’t have to pretend to be someone you’re not just to model. If modeling is something young women would want to pursue, they should always be themselves and feel comfortable in their own skin.”