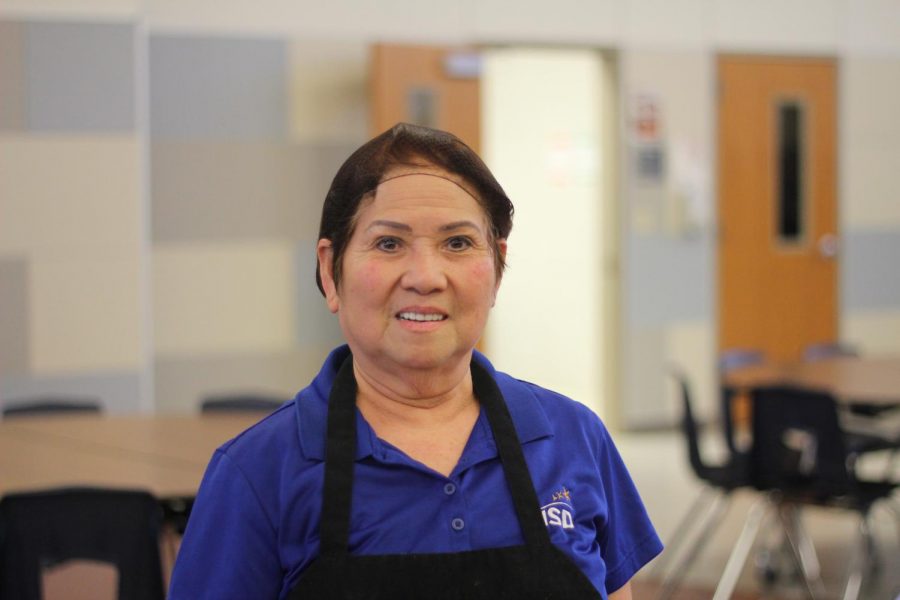 Cafeteria employee Sarin Lam poses for a photo. She shared her story of immigrating to America in 1975.

At around 20 years old, cafeteria employee Sarin Lam began the run from her country, Cambodia.

During the Vietnam War, Lam’s country was taken over by communists, forcing her family to move into Thailand’s refugee camp. Americans came to the camp with sponsors in America for Lam and her husband, allowing them to come to the United States on Sept. 23, 1975.

Lam said her journey to the United States was empty handed — no money, no clothes, nothing.

“But now I raised four sons and I got my four grandsons,” Lam said. “My husband died ten years ago, so I’m single now.”

In Cambodia, after she grew up with her parents, she was arranged to marry. Until her and her husband were forced to run away from her country, Lam didn’t work — she was a housewife.

“The wives don’t have to work like over here,” Lam said. “They don’t have [many] jobs [for wives]. We just do housework, stay home, cook and clean, and wait for the husband to come home. In [a small country], it’s like that.”

In Cambodia, the communist invasion meant she was not able to share any of her political views.

“We [were] just little, small people,” Lam said. “We didn’t know much about politics. You [would] not survive if you talked about politics when you lived in Cambodia. You can talk politics in the United States and you’re okay, but in Cambodia, they would kill you. You don’t have any power.”

Although Lam had a bad childhood experience in Cambodia, she goes back to visit.

“It’s a small country,” Lam said. “When we bring American money to a small country– a lot of people are poor — you look like rich people in the country. So when you go back, you give, give, give.”

Lam said she feels like she has a safe community in America versus back in Cambodia.

“Living in [America] is a big difference,” Lam said. “You don’t [have to be] scared. You don’t need English. You just have to work hard and do your best and life will be OK. Between [Cambodia] and here, we’re in heaven.”