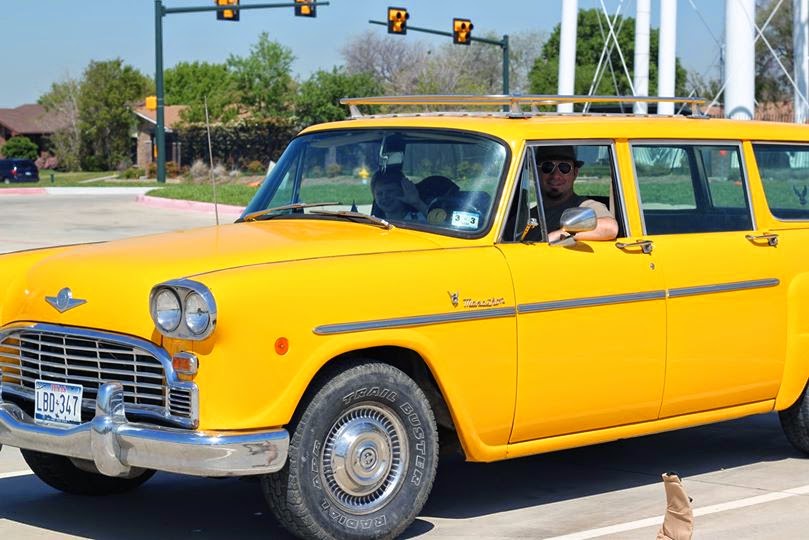 AVID teacher Dakota Moncrief and his son, Mason, sit inside one of Moncrief’s cars. Moncrief hopes his love for all things mechanical will be passed down to his son. (Photo via Dakota Moncrief)

AVID teacher Dakota Moncrief and his son, Mason, sit inside one of Moncrief’s cars. Moncrief hopes his love for all things mechanical will be passed down to his son.

Feet placed firmly on the wood blocks that had been sloppily tied onto the pedals, nine-year old Dakota Moncrief drove a car for the first time. With yells of encouragement from his grandfather, Dakota soared through his grandparents’s Oklahoman farm in a 1950s Willys Jeep. This was the start of something impactful for generations to come for the Moncriefs.

Now, in his adulthood, AVID teacher Dakota Moncrief utilizes his knowledge of mechanics that has been passed down from his grandfather to fix up and sell cars for profit.

“When I was in the third grade, my grandfather would have me [change] spark plugs and [flush] bad gas out of gas tanks in tractors,” Dakota said. “He definitely got me started. That began my love affair with all things mechanical.”

All of the profits go directly toward his two children’s savings account for college in order to give them some cushion for the future.

“My son’s going to be turning 16 very soon,” Dakota said. “I probably [fix and sell] a car every three years. I figured that if I could do two cars a year, I would be able to take that profit, add it to his college savings account, and hopefully offset a semester of college.”

Dakota attended the University of North Texas and wants his children to attend college as well. However, the expenses of college tuition and student debt caused him to worry.

“The cost of college is ridiculously expensive,” Dakota said. “I know friends who are still paying off college loan debt in their 30s and 40s. It’s crucial that when my kids go to college, they have a very clear idea of what they’re going for and how they’re going to apply [their experience] after.”

Dakota’s wife, Leslie Moncrief, has been in the passenger’s seat throughout this entire journey, supporting him from the sidelines since the beginning.

“Dakota’s an exceptionally hard worker,” Leslie said. “He’s a cool guy. I’ve never been one to stop Dakota from doing something. He has a lot of energy. He does all these things to support his family and be there.”

Dakota and his son, Mason, work on his collection of cars during the free time they have together. It provides quality bonding time as father and son, something the two of them cherish due to Dakota’s busy schedule as a teacher and club adviser.

“He wants to teach Mason,” Leslie said. “It’s bonding, they get to sit and talk and get gross.”

If either of his children decide not to attend college, Dakota still wants this skill to be passed down in hopes of creating a career out of it for them. If not, then for his children to simply know how to change a flat and oil, something not everyone knows how to do in their generation.

“My kids have been with me working on cars ever since they were old enough to hold a wrench,” Dakota said. “Everybody needs to learn a couple of basic skills when you get a car. If you can change oil or fix a flat, you become incredibly useful to your friends.”