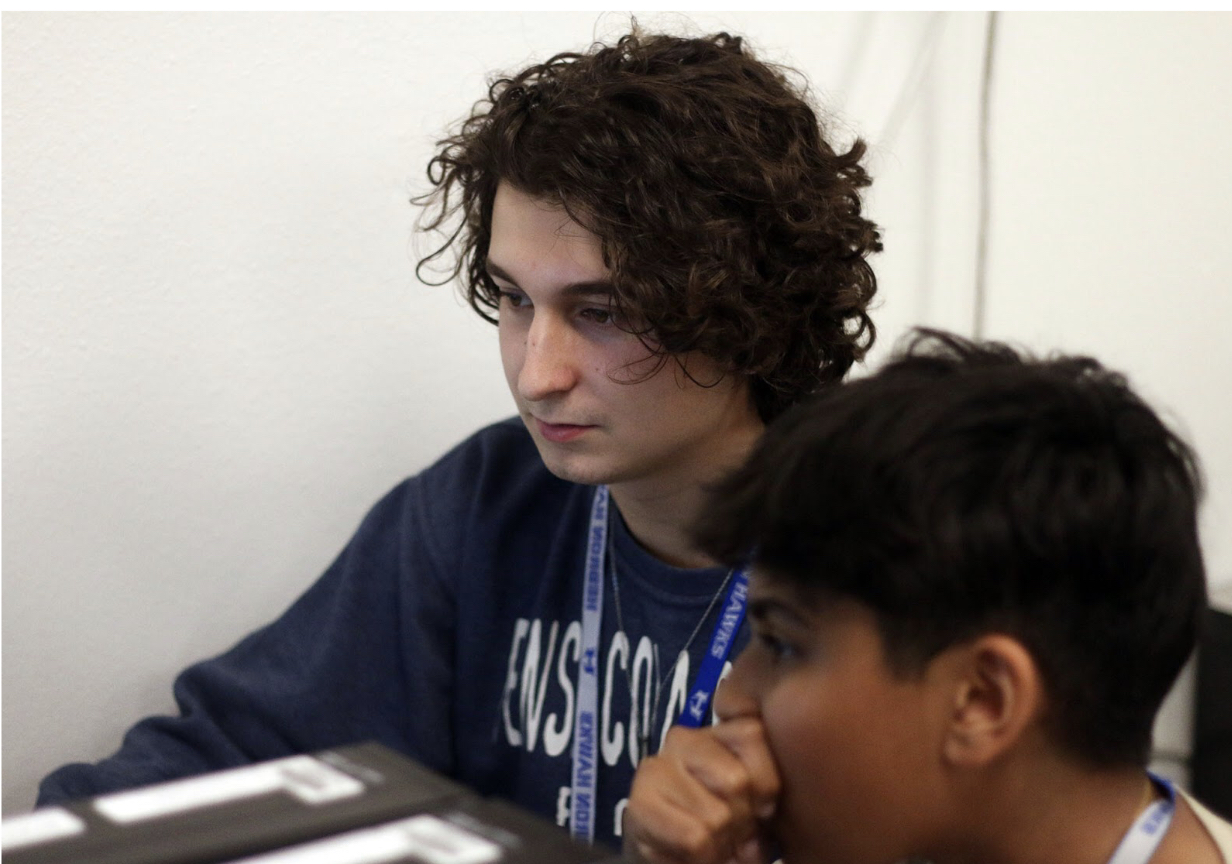 Senior Jackson Halvorsen and sophomore Akshay Kondola watch a game play out on the computer screen during fourth period. Esports officially became a class in 2021.

Senior Jackson Halvorsen has been gaming his whole life with his brothers and friends, but never thought he would be pursuing competitive esports until this year.

Halvorsen was selected as 1 of 5 finalists for the High School Esports League (HSEL) MVP awards. The High School Esports League asked over 200 high school esports teams to nominate one player from their team. Five finalists were chosen, including Halvorsen, and the HSEL staff flew to each person’s school on April 19-20. After interviewing the person, the HSEL staff will decide which one of the finalists will earn a $1,000 scholarship. The winner will be announced at the virtual esports nationals on May 12-15.

“I was shocked [to find out that I was a finalist] because I know there [were] over 100 teams that [participated],” Halvorsen said. “[When I was nominated to represent Hebron and got picked] out of 100 teams [and got] in the top five finalists, I was very surprised. [The process included] the HSEL staff [looking] at the school’s esports club and the esports team as well as [doing] a separate segment [where they] came to my house and interviewed me and my parents [to] get to know me.”

Halvorsen officially started competitive esports this year and is currently enrolled in the esports class offered at school. Although Halvorsen has played on a few amateur esports teams, he said esports has evolved greatly and offers more prizes and scholarships.

“I started esports because I wanted to try to play something a little bit more competitive, [and] the idea of winning scholarship money as a senior was a big attraction to starting esports,” Halvorsen said. “I’ve played on some [esports] teams for fun, but at the time, I would say that the esports world wasn’t as willing to give out such massive prizes as [it does] now.”

Senior Dylan Castillo, who met Halvorsen this year and is also on the school’s esports team, said Halvorsen’s determination is what makes him different from other players.

“[I’m proud] of Halvorsen big time because he puts in a lot of effort and he deserves [the HSEL nomination since it’s] his last year,” Castillo said. “[Halvorsen is] pretty competitive, likes winning [and is] really passionate about [esports] because this is his last year. He’s always been a gamer and he just wants to win.”

Halvorsen said his main motivation in continuing esports is being able to contribute to bettering the school’s esports program and being in a competitive environment.

“My motivation right now [is] to keep playing to get prizes [from tournaments] to better the [esports] club at Hebron since it’s a new class, [and] if we win a bunch of stuff, the [program] looks really good,” Halvorsen said. [Playing esports] is the same feeling [as] if you were on a sports team. I ran cross country and track and some other sports, and it’s that same feeling that you get when you are competing with your teammates [where] you’re playing together everyday. It’s kind of like that family you build up in that sport that you play.”

Halvorsen plans on attending the University of Texas at Dallas and joining their esports team to compete at the collegiate level. Halvorsen is currently wanting to pursue a business major and plans on keeping esports as a hobby after graduating college to focus more on pursuing his business interests.

“To go from the college level to playing professional gaming is a pretty big jump, and a lot of work goes into it,” Halvorsen said. “ If the opportunity is there and it jumps out and I get recruited [for an esports team], maybe I would look into it more, but right now my plan is to just have fun at the college level and see how that goes.”

Chemistry teacher and esports sponsor Jaden Gorham has been helping Halvorsen get more experience in esports. Gorham said he is excited for what the future has for Halvorsen in terms of business and esports.

“I do get emotional thinking about Jackson, and that’s not something that I openly share,” Gorham said.  “I see a lot of myself in him, so wishing for his success comes naturally when [I’m] talking or thinking about [him]. He’s so driven with everything he does, and he’s one of the most sociable and welcoming students I’ve ever seen. I’ve seen him just hit it off with so many different types of people, [and] he’s friends with them all. He’s super social and outgoing, and he’s a hard kid to not like and not want him to win.”