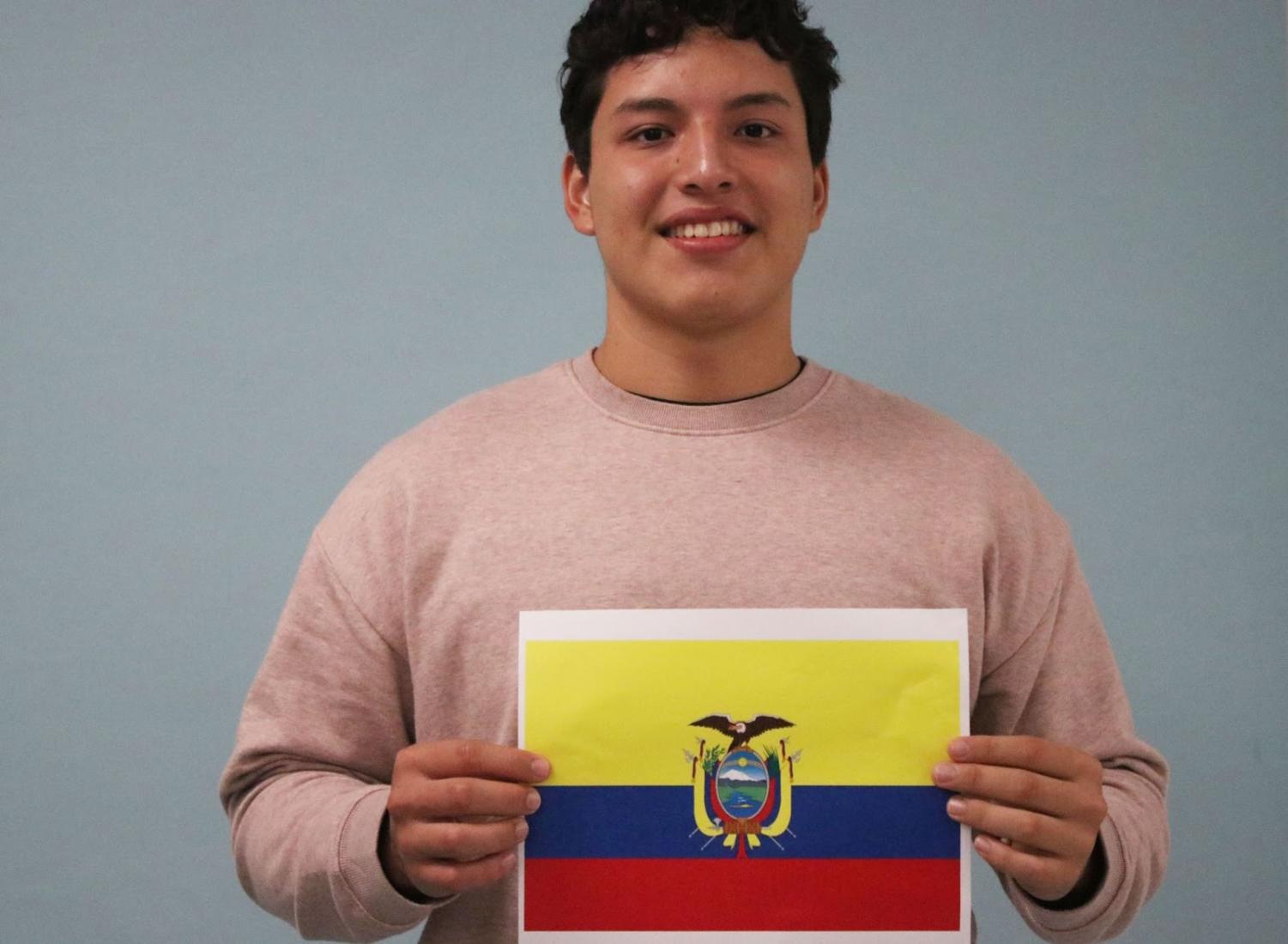 When moving to a new area, one naturally would feel nervous and out of place. There are already a lot of things stacked up against them. Everyone already has their own friend groups and hang out spots and no one feels the need to talk to you. The thought of it alone is nerve racking. But what if it was worse? What if in this new area, there were few people that spoke your language?

Junior Gabriel Delgado Torres is originally from Ecuador, but as of three months ago, he is a U.S. citizen. Since his arrival to Hebron, Torres has struggled with adapting to the new school environment. But there’s one thing that clicked in an instant: football.

“Football entered my life in ninth grade,” Torres said. “A friend brought a football to school and [asked if I wanted to play and I said sure]. I like [football] because I’ve always been strong, and I like the moments that [are more hands on].”

Torres said that his family decided to move to America because it offers better opportunities and the appropriate papers needed to travel around the world. And then, around a week or two into his first school year in America, Torres joined the varsity football team.

“He’s been working with [freshman B team and tight ends] coach Brazell,” head football coach John Towels said. “Brazell’s a good teacher [and] coach, so he’s been using things that we’re taught as teachers to work with second language students.”

Despite Torres having to find new ways to communicate with his peers and teachers, such as making hand gestures or using Google Translate, he notes that football is the easiest class for him.

“The thing I most enjoy [about Hebron] is football,” Torres said. “I’ve been in the U.S. for three months, and it’s a little difficult for me to communicate, but in football, I only have to play.”

Torres said he experienced a form of culture shock as students’ mannerisms are different compared to those in Ecuador. He also had to get acclimated to the new learning environment since the layout and time schedule is different. Despite this, Torres has found a way to become more accustomed to this environment, and has found students who he can call good friends. One of them is sophomore Hector Nevarez.

“The first [time] that I saw him was in the weight room,” Nevarez said. “[I noticed that] he started repping what I was maxing at. My friend and I [decided to] keep adding more and more weight [to our own reps]. [By the end of practice, I noticed that] he was repping around 300 pounds just on the bench. [We started talking and I realized] that he’s a good friend; he’s funny and he likes to have fun.”

Torres has always had sports in his life, but football quickly became the center of his attention. Towels said that Torres always walks into the room willing to learn and be a part of the team, despite the language barrier.

“He’s a great young man,” Towels said. “He’s trying something that he has a passion for, and that’s what we all should do in life. He’s going to give it the best effort he can, and I think just that alone is going to help him be successful at [football].”