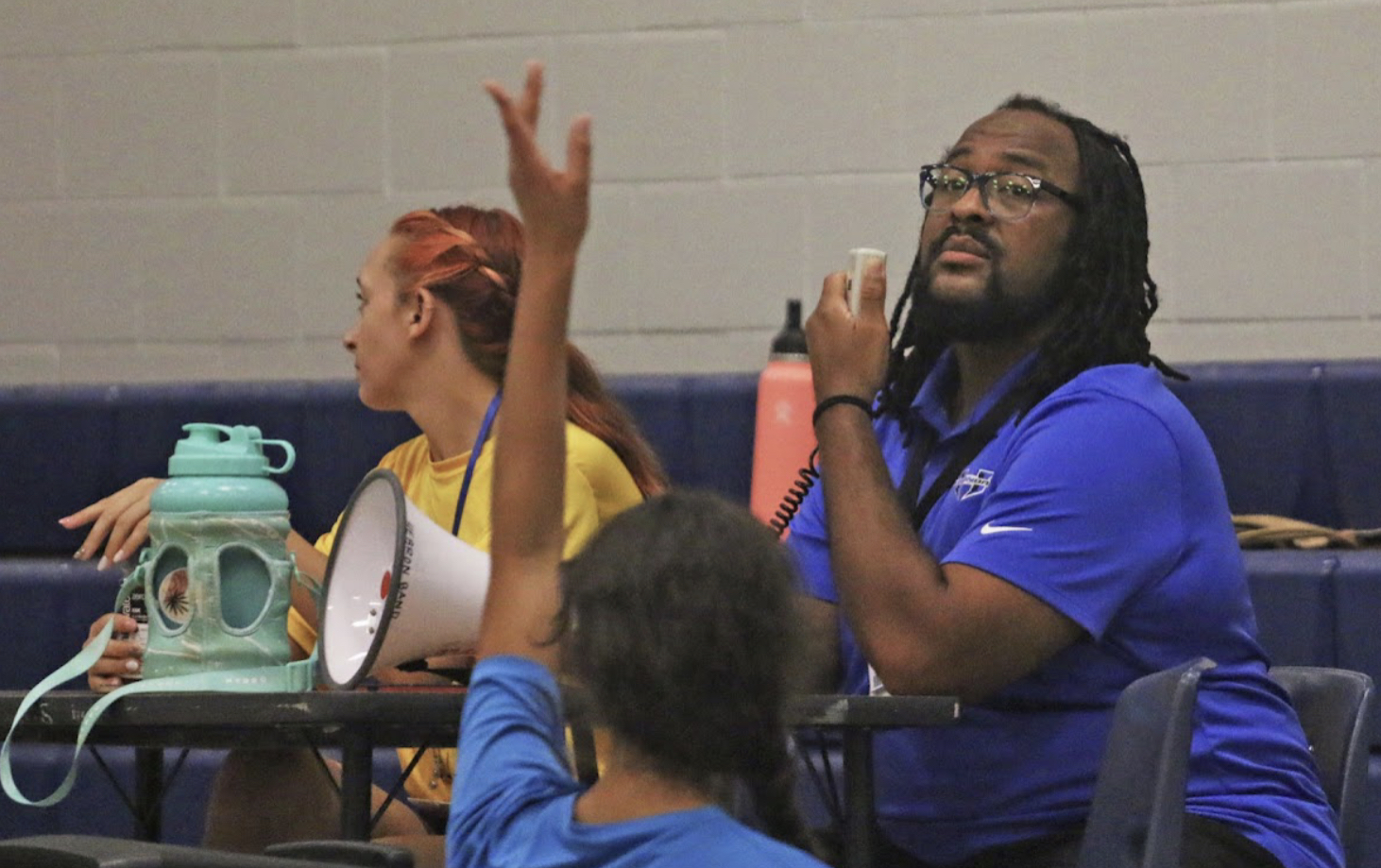 Color guard director Chris Josey directs practice on Sept. 1. During the fall semester, the guard works with the band, and during the spring semester, they separate for winter guard season. (Krista Fleming)

Color guard director Chris Josey directs practice on Sept. 1. During the fall semester, the guard works with the band, and during the spring semester, they separate for winter guard season.

Teaching students to use their learned skills of dancing and spinning equipment on the football field and in contests is what color guard director Chris Josey does on a daily basis.

Josey joined the staff this year after directing color guard for seven years at Westwood High School in Austin. This new school year, Josey hopes to grow the program and its opportunities.

“Most of my family and friends are in Austin and I only have one person, my best friend, here,” Josey said. “It was really difficult, [and I was] nervous, but Hebron has been very warm and welcoming.”

Josey said the hardest aspect for him has been timing. He wants to factor in students’ availability outside of practice when considering the schedule in order to ensure that students don’t feel overwhelmed and can still be productive members of the color guard, which many students have expressed gratitude for.

“[Mr. Josey] is more of a slower teacher,” senior Kiki Deleon said. “He takes more time to explain things, which is really nice.”

This year, Josey has been working on making the guard closer through social outings and placing team members with those they may not know.

“Ever since I joined color guard, I have so many new friends; it’s like a little family,” freshman Violet Martilik said. “Seeing everyone bond and grow together has been really beautiful.”

Along with growing the bond between the team, Josey hopes to start a color guard program for feeder middle schools and incorporate the guard further into the community.

“[We want to make] sure people see us as a viable option as a school program, and that we are a quality choice that they can be a part of,” Josey said.

Moving forward, Josey said he aims to further strengthen the guard’s skillsin hopes to bring them to their first international competition, which takes place in Dayton, Ohio in the spring.

“I’ve had a great time at Hebron so far,” Josey said. “I plan to make this my home until I don’t teach anymore, so hopefully, I’ll be here a while.”