Biology Teacher on the road to recovery after mountain biking accident

He can feel his heart pounding in his chest as he attempts to mountain bike for the first time. The gears and braking system are as foreign to him as the trail he’s riding. Despite the unfamiliarity of the situation, one thing is certain: he is in for the ride of his life.

Ninth grade biology teacher Barrett Mick started mountain biking earlier this year and quickly discovered his passion for the sport. However, after months of practicing, he will have to take time off to recover after a major mountain biking wreck.

“My first mountain biking experience was April 1, 2022,” Mick said, “My cousin knew I had snowboarded before and he [said], ‘I think you’d really like mountain biking. Come join us at Spider Mountain,’ so I did. That was the first time in six years I [had] ridden a bicycle.”

“I was not prepared,” Mick said. “My heart rate was 170 [bpm]. I almost crashed multiple times going down, but I didn’t wreck.  It was great [and] I immediately recognized this was a lot like snowboarding, and I wanted to get into it.”

Mick’s cousin, Ryan Carter, is an experienced mountain biker who has been riding since 2009. He has been guiding Mick’s biking journey over the five months.

“[During] his first two runs down Spider [Mountain], he was shaken and completely tense,” Carter said. “[He was] looking directly in front of his bike and [he was] positioned right on top. Your weight should be closer to the rear tire.”

After a summer of practicing daily for a few hours on the local Dallas trails called Dallas Off Road Bicycle Association (DORBA), Mick’s skills started improving. He began dominating trails that he struggled with when he had started biking, and he began to move onto harder trails with his riding group. After mastering some easier green trails, his group invited him to ride a more difficult blue trail called Viper’s Den.

“I get halfway down the mountain on this trail [and there’s] all these crazy features that I’m not used to,” Mick said, “I knew I was at my limit. I told [that to my group] halfway down the mountain — [I knew I wasn’t] good enough yet to be able to handle [this trail] at this speed without wrecking. [My group told me] it gets a little bit easier on the next part, so I trusted them and made the decision to continue going down Viper’s Den.”

As he continued down the trail, a berm came into view. A berm is a section of trail that is raised and tilted. Berms can help riders raise or maintain speed; however, they can be difficult for less experienced riders. As Mick rapidly approached the berm, he recognized he did not have the skill to know what speed he needed to complete the turn. He quickly came to the realization that if he didn’t slow down, he would fly off the trail and down the side of the mountain — a deadly mistake.

“I [didn’t] want to die and get thrown off the side of the mountain,” Mick said, “I slowed down, and I slowed down too much. All I remember is flying over the handlebars, using my right arm to brace my fall and my head hitting the side of my helmet.”

Adrenaline rushed through his system as his mind attempted to deal with the amount of trauma his body had gone through.

“I knew immediately I needed to get off the trail, [because] there’s going to be people coming up behind me,” Mick said. “As I lifted up off the ground, I noticed that there [was] a continuous stream of blood dripping all over the rocks, and I was wondering where [it was] coming from. Then I realized my face had been completely cut open.”

After getting off the trail, emergency services were called. A quick concussion check was performed and Mick was helped down the mountain to a medical tent where medics bandaged his cut.

“I felt coherent, [and] I was happy that I did not get a concussion,” Mick said, “They took a picture and I’m smiling; I’m like, ‘yeah, I didn’t die!’ But what I didn’t know at the time was my hand was broken. I think the adrenaline kept me going. We got down to the bottom [of the mountain] and I went to the medical tent where they said I needed stitches.”

After discovering the nearby hospitals were not included in his insurance coverage, Mick decided to drive four hours back to his home to drop off his bike and gear, and then headed to a local hospital. At the hospital, it was concluded that he needed six stitches on the side of his head, he had a spiral fracture in his arm through the elbow and several bruised ribs. It will be eight to 10 weeks before Mick can get back on a bike.

“Unfortunately, [most] accidents can’t be prevented,” Carter said. “So many variables go into mountain biking, but if you don’t ride beyond your skill level, accidents are less likely to happen. Minimal progression is recommended. You have to crawl before you walk, walk before you run.”

Despite his recent injuries, Mick refuses to let it stop him from continuing mountain biking.

“This will not stop me at all, I’m just sad I can’t go riding tomorrow,” Mick said. “If there was some magical way I could fix my hand, I’d do it.” 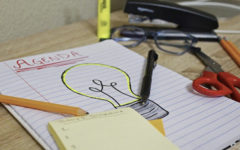 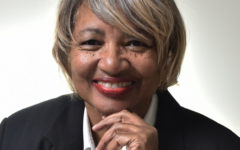 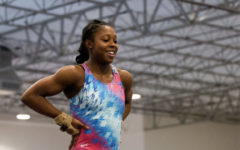 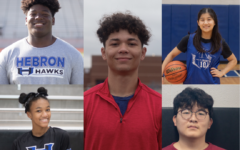