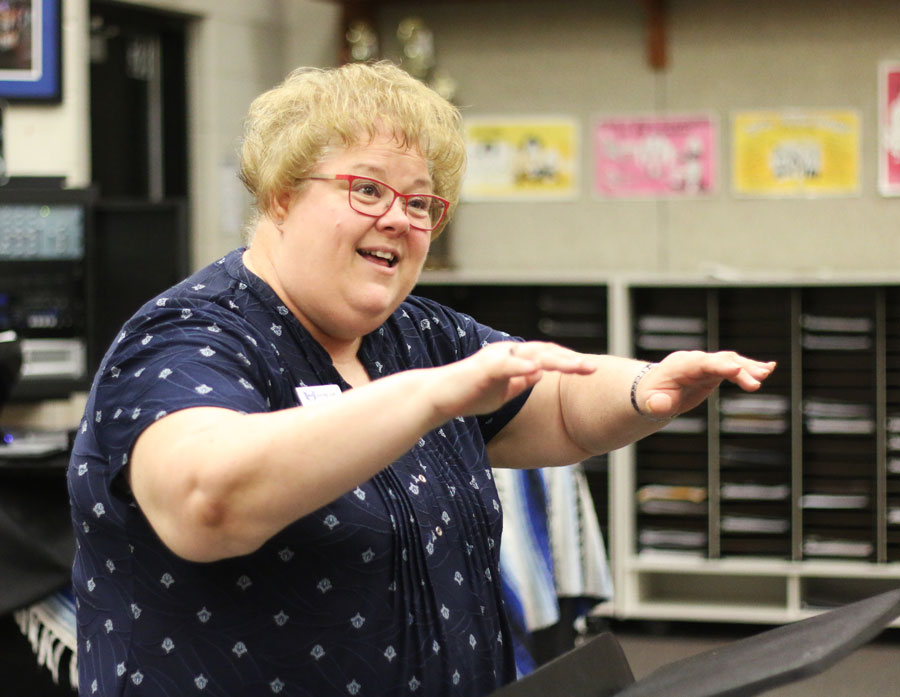 Choir director Rachel Forester conducts the Belle Chanson choir as they rehearse for the spring show on May 17 and 18. This show will be Forester’s last choir concert she will be a part of.

Choir director Rachel Forester conducts the Belle Chanson choir as they rehearse for the spring show on May 17 and 18. This show will be Forester’s last choir concert she will be a part of.

After 20 years of growth, choir director Rachel Forester decided to retire. Forester is one of five teachers who has been here since the school’s inauguration. Forester said that as years have passed, she felt that it was time to step down.

“I guess it’s because my energy level isn’t where I want it to be,” Forester said. “There’s a lot more hours in this job than anybody really knows. It’s not unusual to work a 70-hour week, but it takes a lot of time and while my mind is still in it, I think that my body has slowed down a little bit.”

Questioning which path to take, Forester said her college minister played a role in helping her decide what her dream had been.

“I had lots of inspirations,” Forester said. “One of my ministers in music at my church had noticed that I’d be very good at [being] a choir director, which led me to make my final decision in my second year of high school, and I’ve never changed.”

Choir vice president Cassie Simms said one of Forester’s many attributions is her ability to stay strict but fun while teaching.

“It’s been amazing to work with Mrs. Forester,” Simms said. “She is such a talented and brilliant woman who puts so much passion and love into her work. She is a difficult teacher, seeing as how she wants to push us to always do our best, but I’ve loved every minute and I truly think it’s made me into a better performer.”

“The students have taught me a lot about what their culture means to them. They’ve taught me patience and that they don’t always need limits. Choir has grown and flourished and we have done really well at contests.””

Forester’s favorite part about working at Hebron was learning about how much culture means to her students. After working here for two decades, the different cultures she has cultivated through music have inspired more and more students to join choir.

“The students have taught me a lot about what their culture means to them,” Forester said.  “They’ve taught me patience and that they don’t always need limits. Choir has grown and flourished and we have done really well at contests. ”

As Forester’s last concert is nearing, assistant director Nathan Ratliff said he’ll miss her daily mentorship and advice on how to become a better teacher.

“There are too many things that I’ll miss to pick out what I’ll miss most,” Ratliff said. “I’ll miss our morning coffee. I’ll miss parking our cars next to each other. I’ll miss walking into the office and smiling at each other at the ends of classes and saying, ‘That was a great rehearsal.’ I will cherish seeing her smile at the students during concerts as they perform.”

With less than two weeks left in the year, Forester wishes for her students to continue to work hard until the end of the year.

“I wish that they understood that there is more to it than waving your hand,” Forester said. “You have to select music, you have to learn how to teach that music, and it isn’t the same thing every year. That’s another reason why I like being a choir director; my subject just reinvents itself.”

A seat at the table 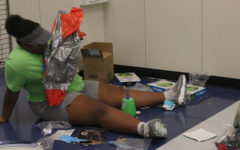 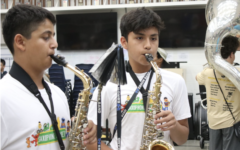 Band March-A-Thon to be held Sept. 10 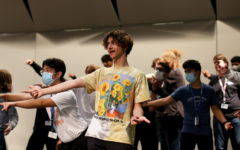