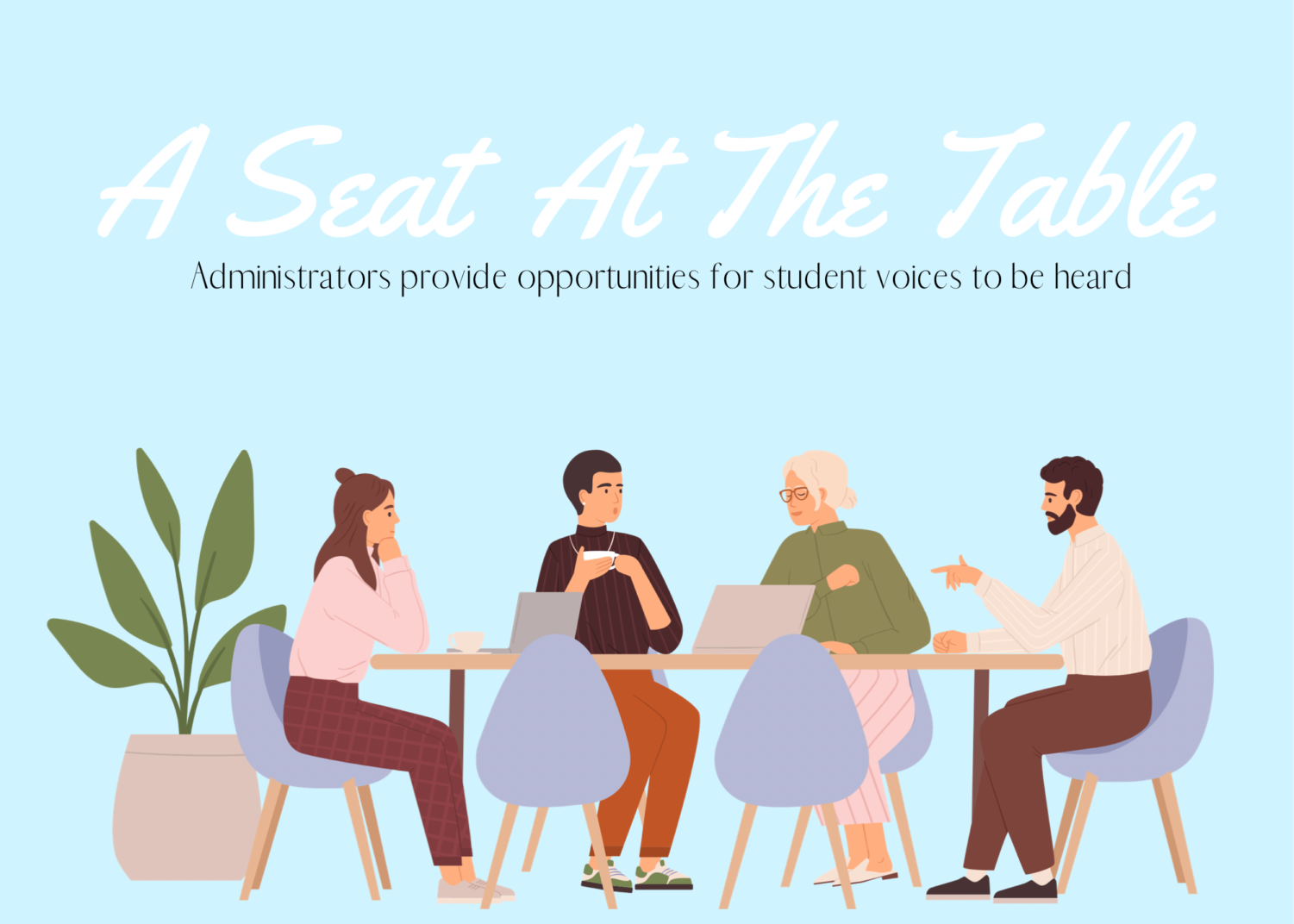 A seat at the table

Administrators provide opportunities for student voices to be heard

Principal Amy Boughton plans to pick junior and sophomore representatives soon to add to the senior members of the principal’s advisory committee created last year. The positions will be available to anyone interested through a student email of interest. Meeting once every month, the committee covers the issues presented at Hebron dealing with drug use, fights and even ensuring every student is celebrated at the school.

“[The committee] is going to be making decisions on not only concerns and issues that come up, but also beautification projects for the school,” Boughton said. “[We will also work on] building leadership in the other grade levels so that we continue to make Hebron better for our students.”

The principal’s advisory committee started last year after serious allegations were brought up against the school. The administration worked with 2022 graduate Nandita Kumar, who had started a student committee of her own to educate students on what happens when they report a crime to the school.

“It came out of a bad situation; we had some graduates who had reached out on social media [and expressed] that the administration had over-looked some sexual assult cases and we weren’t handeling things the way that they felt like we should,” Boughton said. “We worked with [Kumar] and several leaders from her student group on educating students about what happens when you report someone breaking the law. [After working with the students,] we realized that we really don’t have a lot of student voice opportunities. We started digging into the student voice and the importance of it [when we realized that] we should have a committee of solid student voices that we’re discussing all of [our school’s issues] with.”

Due to Hebron being one of the most diverse schools in the district, Boughton hoped to have that showcased in the committee. The committee consists of around 35 students representing almost all of the ethnic groups at Hebron.

“For my entire school career, I’ve been surrounded by almost the same kids, [so] it’s definitely a very unique experience,” Spanish National Honor Society president Dylan Khangsar said. “When I was in [the first committee meeting,] I was able to meet people from different clubs and different sports; the captains of almost every sport were there. There were people that I didn’t even know were in my grade and they had huge leadership roles in the school. It was really interesting to see everyone else’s perspectives on school issues.”

As the rise of drugs, such as Fentanyl, are getting closer to the area from both sides of the country, Boughton said she thought it was important to start being more strict and aware of the amount of drug use at Hebron.

“We did a lot of discussing about what we could do to increase awareness and education to curb [the amounts of] vaping and THC (liquid marijuana),” Boughton said. “[The students] were giving me ideas about how we could continue educating the whole student body.”

“We started adding students a couple of years ago,” advisory committee leader and assistant principal Marybeth Coen said. “It became very clear that we needed to know the students’ thought process and stance [on campus issues.] We also needed them to understand some of the things that go on, so it’s kind of that two-way communication. A lot of times, through that, we can come up with ideas that [can solve these issues.]”

Even if a student is not a part of a committee, Boughton said there are still ways to have their voices heard.

“If students have a concern, they can go to one of the [principal’s advisory committee] members or they can go to the [student council] officers,” Boughton said. “[That way,] they can air out some things that need to be discussed. Students know best on some of the decisions that are made for them.” 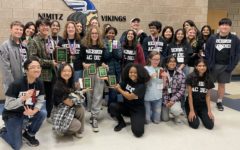 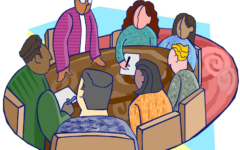 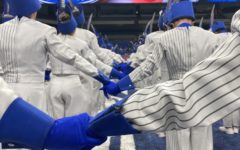 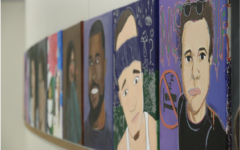 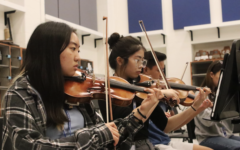 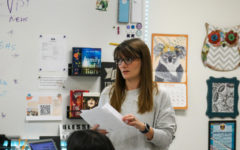 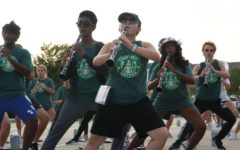 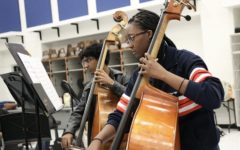