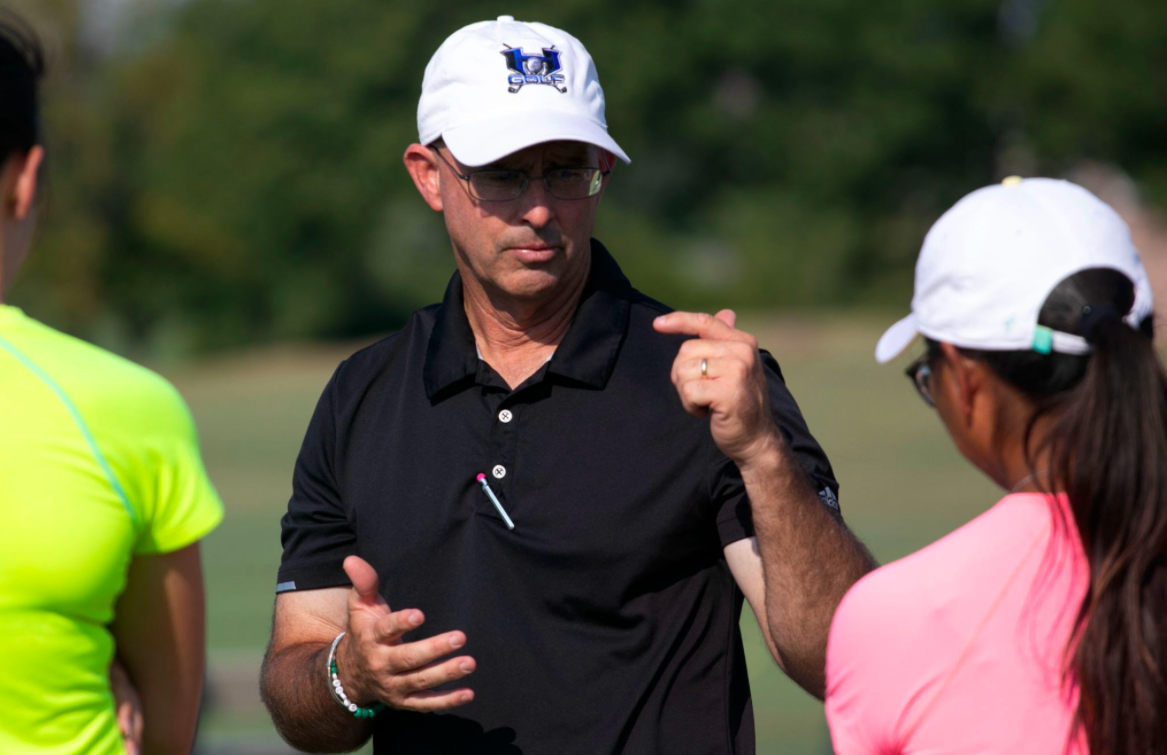 After winning the girls’ state championship last year, the golf team has a new coach, Jeff Fields. Jeff thought Hebron was a good fit for him and his two golf-playing daughters due to the talent and strength of the golf program.

“The hope for this team is to take where we’re at now and to get better each and every tournament until we get to district,” Jeff said. “District, regionals and state — that’s what we’re kind of shooting for. If we could continue to grow and develop as a team, we can repeat what we did last year.”

At the age of 10, Jeff was introduced to golf by his grandma and has been playing ever since. He has been coaching for 14 years. Before moving to Hebron, Jeff and his daughters, Stalee and Avree, coached and played for Northwest High School. Avree is currently uncommitted for collegiate golf, but is considering a few offers.

“We’re really excited to get [this season] started,” Avree said. “I’ve known [that] I was moving here since July. Everyone’s been very nice and welcoming.”

Jeff has coached all three of his daughters, the oldest of which plays golf for the University of Southern Mississippi and the youngest of which is a freshman. He describes being both a dad and coach to his daughters as a fine line.

“I try to make it where there [are] lines between [being a] dad and coach, but there [are] not [lines],” Jeff said. “[My daughters] probably get coached harder than anybody else, but they take it the right way because they want to be successful. I always feel like we’ve had a good relationship both in spite of golf and because of golf.”

Both Jeff and assistant coach Kurt Grawunder are new to Hebron this year. Howard golf commit senior Morgan Horrell believes having new coaches will serve the team well and prevent players from getting too comfortable.

“This is most of our first times having a male coach, and that’s what most college coaches are,” Horrell said. “It’s really good to practice that new dynamic of having a new coach and having a male coach. We also love [Coach Fields’] daughters.”

The girls golf team won its first tournament, the Heart of Texas Invitational, by four strokes on Sept. 10. The boys’ golf season will begin on Sept. 17 with the Bart Granger Invitational.

“[Being a part of Hebron golf] has been a great situation, and we [have] a lot of good, hard-working kids on the team,” Jeff said. “If you’re going to try to play at this level, you have to [be] those things. [For] the girls and boys, I look for a great season and think we can be successful in a lot of areas.”