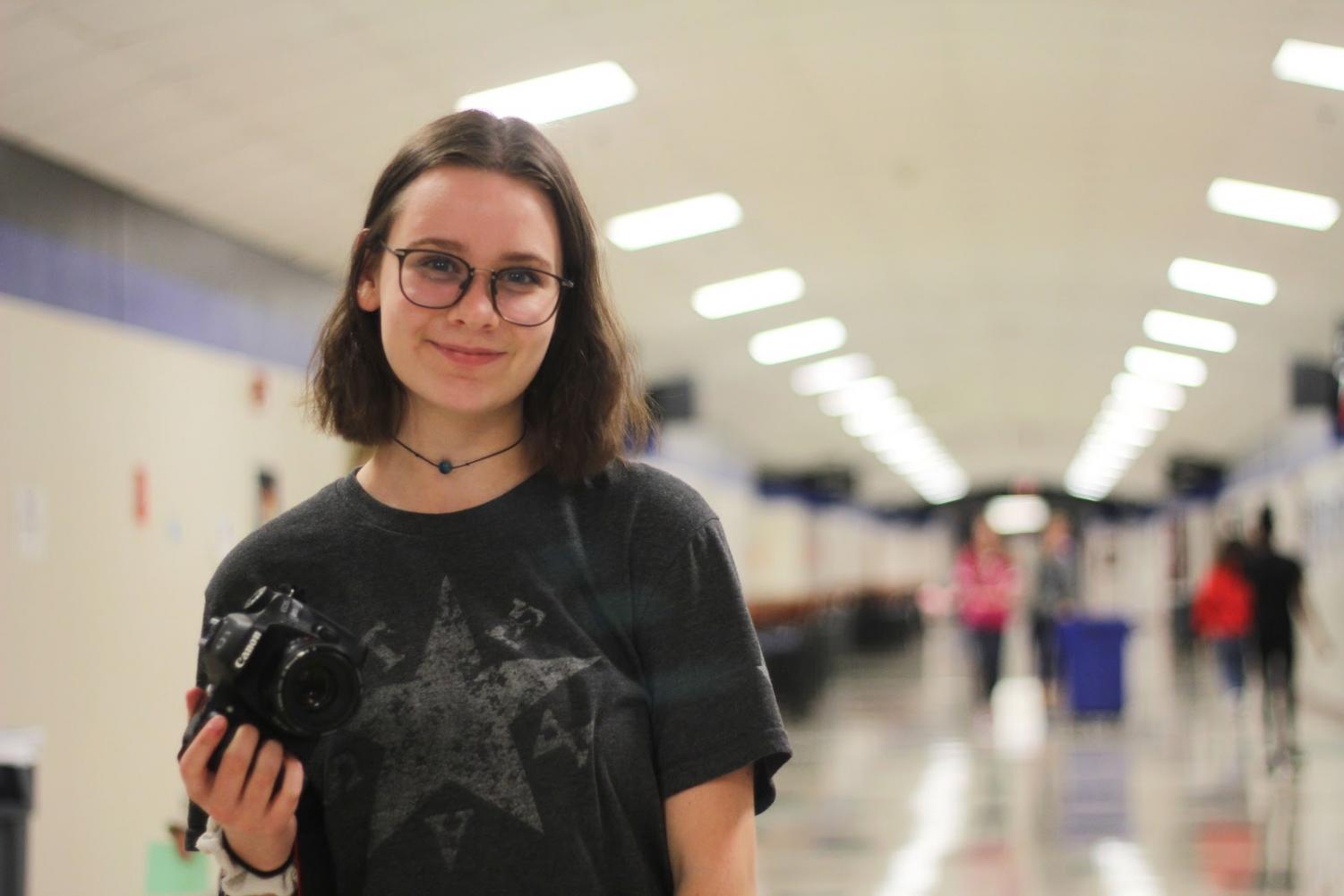 Junior Heather Nixon holds the camera she uses in yearbook. Nixon takes pictures not only for the yearbook, but also for paid photo shoots she does outside of school. “Last year I created an Instagram just for my photography and a website for my portfolio which now also has [photography] services too on it,” Nixon said. (https://heathernphoto.wixsite.com/photo) (Sarosh Ismail)

Junior Heather Nixon holds the camera she uses in yearbook. Nixon takes pictures not only for the yearbook, but also for paid photo shoots she does outside of school. “Last year I created an Instagram just for my photography and a website for my portfolio which now also has [photography] services too on it,” Nixon said. (https://heathernphoto.wixsite.com/photo)

As junior Heather Nixon takes her photos, she attempts to capture the emotions of faces, each curve and crease telling its own story.

Nixon is an aspiring freelance photographer who is never without her camera. When she started high school, she discovered her true love and talent for the art and has been learning and improving ever since then by having personal photo shoots and joining the yearbook staff.

Growing up, Nixon always had a camera nearby because of her dad’s interest in photography. It wasn’t until freshman year that she realized how much she enjoyed photography herself.

“I think I was always into having my hands on a camera but I never took it very seriously until freshman year,” Nixon said. “I started to experiment with the DSLR and I asked my friends to model for me. From there, it evolved to paid photoshoots and now I am assisting a photographer, so we’ll see where it leads off too.”

Nixon’s parents have always been supportive of her and interested in what she does. They love to hear about her photoshoots and to look at the pictures that she takes.

“I’m learning a lot from her and she’s way past whatever photo skills I have,” Nixon’s mom, Andrea Nixon, said. “There [are] aspects about [the photos] that I wouldn’t have noticed before. I wish I won the lottery so that I could buy her really nice equipment.”

Although Nixon takes many different kinds of pictures for the yearbook, she prefers to take portraits. She captures people’s smiles while talking and joking around with them.

“I do portraits and I love them more than anything,” Nixon said. “I like to photograph different people, and it’s different every time because every person is different.”

Junior Amanda Godfrey has been photographed by Nixon before and said that being with her was not difficult or awkward as some photo shoots tend to be, but was quite the opposite.

“I trust her,” Godfrey said. “She acted like herself when she’s around me like making jokes and made me feel comfortable while guiding me through what poses I should do.”

As Nixon looks to the future, she hopes to become a professional photographer with more paid photo shoots. She wants to try new things, such as photographing a wedding, and see where her photography takes her.

“I want to be a freelance portrait photographer,” Nixon said. “I also want to try a wedding. I don’t know if I would like it, but I just want to try things and see what I can do.”