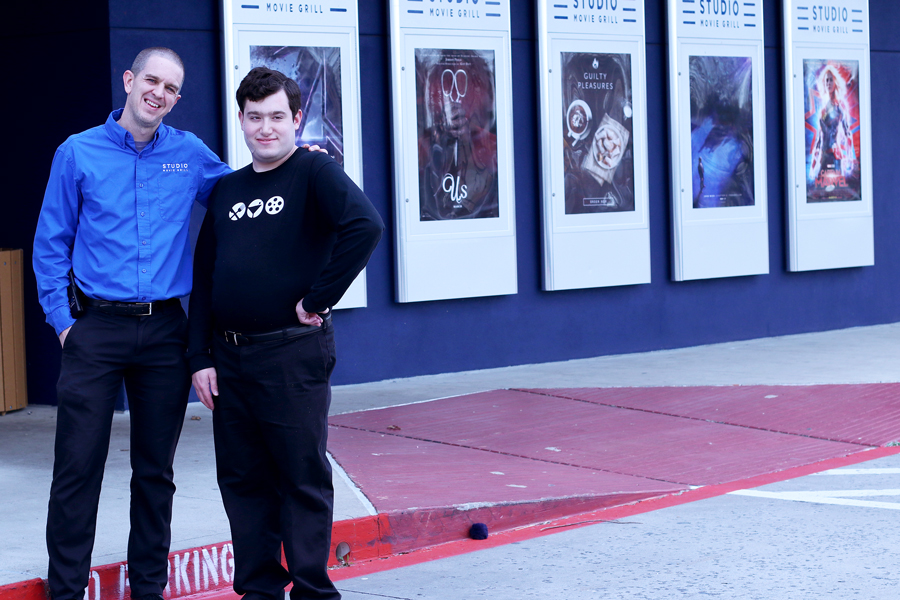 Twenty-two year-old Stephen Mentesana likes his job. He likes rolling the silverware, he likes refilling the ice for the soda machine and he definitely likes the free movies that come with the job.

“We feel as though it’s important that the theater receives some recognition in the sense that it’s OK to hire young adults with disabilities because they do add value to your business,” Focus on the Future lead teacher Karrie Barnes said.

According to Barnes, Studio Movie Grill manager Mike Dingess has been instrumental to the program by hiring students such as Mentesana.

Because Studio Movie Grill is both a theater and restaurant, it provides opportunities to work on social and technical skills. Also, the variety of roles allows employees with special needs to have more flexibility in their work.

“A lot of times [for students with special needs the struggle is] getting out of that shell and getting comfortable being around strangers on a consistent basis,” Dingess said. “And working in a movie theater, especially one for us, we’ll have 80-plus people working at one time. You’re around a lot of people and it really kind of takes you out of that little shell that you confine yourself in.”

Dingess said having employees with special needs not only impacts those specific employees, but the coworkers and community around them. For example, Dingess said Flower Mound High School graduate Gabriella Medina has influenced the community that goes to the Lewisville location.

“Gabriella has been a host at Lewisville for nine years, and she was brought on from LISD, and she’s just worked out so well,” Dingess said. “Not only because she’s a great employee, she just brings such a smile to people’s faces.” 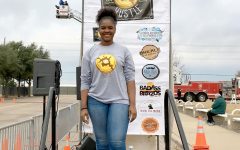 As a company, Studio Movie Grill has made its theaters more friendly to individuals with special needs by offering sensory-friendly screenings of movies and by supporting Autism Speaks, an organization dedicated to providing guidance on autism and funding research.

“Studio Movie Grill in general makes a huge effort in [supporting special needs],” Mentesana’s mother, Sharon Mentesana said. “In fact, when [Stephen’s] day group goes to the movies, they go to the one in Dallas [where] they treat those kids during the day to free movies. [Studio Movie Grill] goes out of its way to really do good things for the special needs community.”

Originally, Mentesana received the job at Studio Movie Grill through Barnes and the help of Focus on the Future after he left Hebron. Mentesana works mostly in the kitchen and has learned how to clock-in, clock-out, clean tables and work together with his coworkers.

“There hasn’t been, whenever it comes to bringing on anyone as part of these programs, there hasn’t been a negative to it at all,” Dingess said. “Like whether it takes coaching or a little bit more follow through sometimes, the payoff is always worth it.”

“We live way in Farmers Branch now and Ms. Barnes and the Texas Workforce Agency have offered to help us set up a job location closer to us and we said no,” Sharon said. “We will come all the way out here because he wants to work at this Studio Movie Grill.”